Caramel Architekten developed a system for an emergency shelter in a 1970s office building based on textile elements which could be installed within just a few weeks with the help of the shelter’s 280 residents. Just 52 basic sets, each consisting of a parasol, textile panels and cable ties succeeded in creating privacy and improving the user experience in the sober, open-plan office spaces for an outlay of just 50 euros and 50 minutes’ work per person.

As the use of 2,000 m2 of the 3,700 m2 building was originally limited to just four months, a central criterion of the intervention was that all elements could be swiftly dismounted and simply re-erected in another location. Despite such parameters, the team succeeded in offering people a minimum of domesticity and privacy with the help of simple resources and some ingenious detailing. Similar textile elements were also used to reshape existing communal and external spaces including a dining room, children’s playground and area of greenery in such a way that they have also been tangibly improved in terms of both functionality and atmosphere.

In parallel with the development within Haus Pfeiffergasse, the “Home Made” Tool Set is now also being used by the team in a further range of both professional and private situations. The resulting closed loop fulfils the original aim of the architects to build for not just one special target group but for everyone. For this reason, the instruction manual for “Home Made” is also available online. 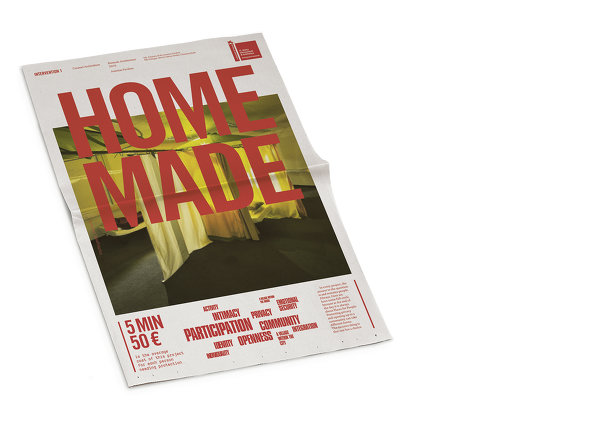 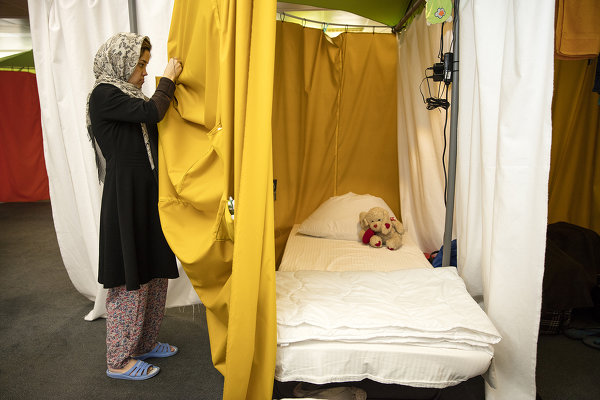 Khawari Marzia during the adaptation of her home 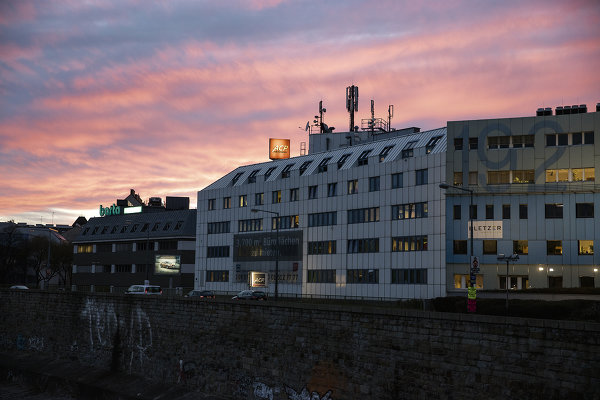 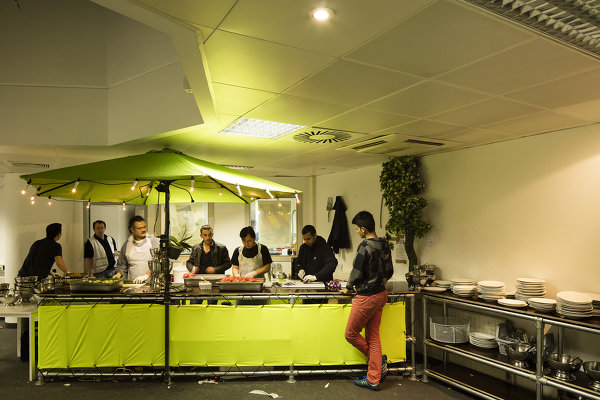 Clients help with the preparation and distribution of meals 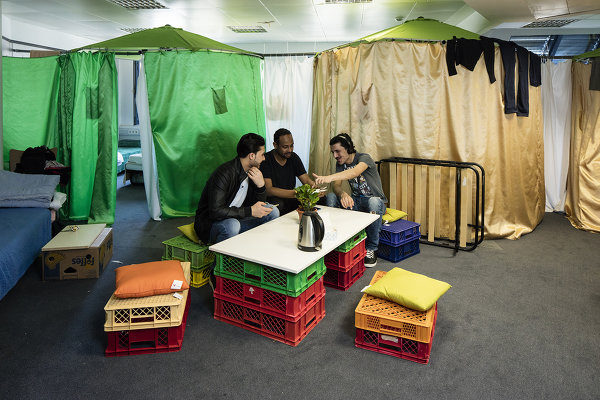