Breaking new ground with every project is one of the objectives of the office founded in 2001 by Günter Katherl, Martin Haller and Ulrich Aspetsberger. 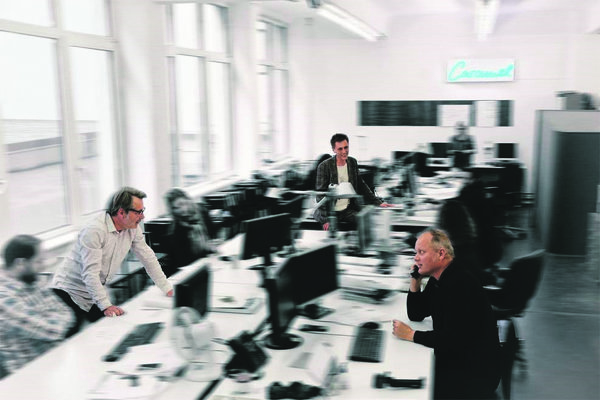 Photo: Andreea Cebuc
In the event, the trio and their currently twelve employees have spent the intervening years realising an impressive number of buildings - from self-built projects to university buildings – and have never ceased to surprise with their unorthodox approaches and clever concepts, powerful forms and unusual materials. A lack of respect for convention coupled with an absolute respect for the needs of users, a distinct eagerness to experiment and deep personal and political commitment are further characteristics of an active and sometimes actionist architectural understanding that the team also convincingly shares in their publications, lectures and teaching.

The latest example of Caramel’s cleverness when dealing with limitations is the Cj-5 House in Vienna which was completed in 2014 and in which the ingenious spatial programme and subtle detailing enabled them to obtain five times as much usable space as the surrounding residential buildings despite the minimal area of the site. The team readily uses convincing counter examples as a means of criticising existing relationships. Caramel’s energy and clear social agenda together with the consistently innovative character of their work led to the invitation to participate in “Places for People” and the 2016 Architecture Biennale.

The design studio EOOS was established in Vienna in 1995 by the three partners Martin Bergmann, Gernot Bohmann and Harald Gründl. 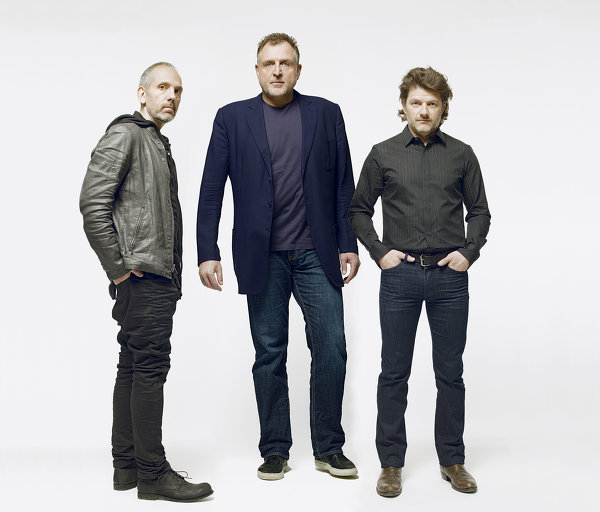 Photo: Elfie Semotan
With around ten employees and a prestigious, international clientele EOOS is currently one of the most productive and prominent design teams in Europe. Central not only to EOOS’ design language but also to its self-image is a research and design approach which the designers themselves describe as “poetic analysis” and which they apply to the entire spectrum of their activities – from the creation of products, furniture and interiors to social design.
As the name suggests, this is an approach which combines strict analysis with poetic imagination. The results are reduced, highly functional and technologically innovative products which are not only anchored in a long cultural tradition but which also embody this same tradition in their form and purpose. The latest result of EOOS’ intense examination of both the cultural and social dimensions of design and new and sustainable technologies is a mobile toilet which, as it requires connection to neither a water supply nor a drainage network, is especially suitable for use in developing countries. The “Institute of Design Research Vienna” which was initiated by Harald Gründl in 2008 is also particularly devoted to the social and ecological aspects of the discipline.
Projects such as the “Blue Division Toilet”, together with the reflexive design approach which is embodied in all their work, formed the basis of the decision to invite the design team EOOS to participate in the 2016 Architecture Biennale and to develop a concrete intervention for “Places for People”.

The Vienna architectural office has been run by Marie-Therese Harnoncourt and Ernst J. Fuchs since 2000. 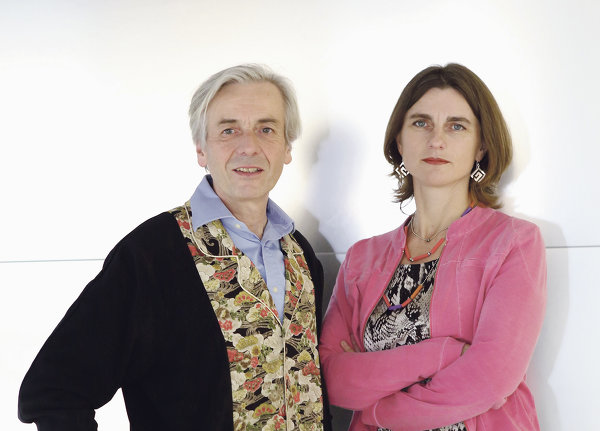 Photo: Christian Redtenbacher
An explicitly experimental and exploratory approach and the close relationship between theory and practice, architecture and art are trademarks of the Vienna architectural office which has been run by Marie-Therese Harnoncourt and Ernst J. Fuchs since 2000. The body and the city are key areas for research and sources of inspiration for the continuous development of an approach that understands architecture to be, above all, the adventure of the conquering of space. In keeping with this, the buildings, exhibition design and installations produced by the, currently, six members of the team reject any predictable and clear functional logic. With their complex spatial dramaturgies, dramatic correspondence between interior and exterior, volume and void and a wealth of surprising details, the works of the next ENTERprise are also invariably a self-confident expression of architecture as an autonomous cultural force

In the “Wolkenturm” (Cloud Tower), a sculpturally-shaped outdoor pavilion in the grounds of Schloss Grafenegg in Lower Austria, the next ENTERprise was able to apply its performative understanding of architecture to a concert and event space and transform this into a catalyst for synaesthetic experiences between space and music, art and nature. The numerous experiments and ongoing research by the team into subjects of particular relevance to the project “Places for People” including temporary, flexible and multifunctional architecture and city use were central reasons for inviting the next ENTERprise – architects to participate.